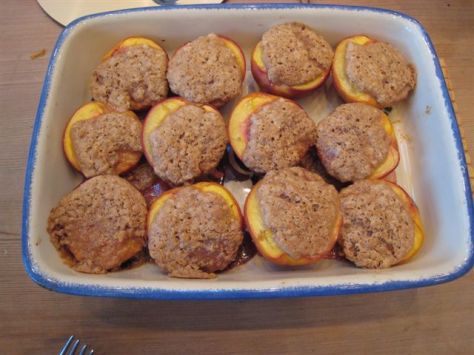 This recipe came about when my mum found it in a magazine for baked peaches. The only trouble was that you had to skin the peaches (too much trouble!) and it used a Bakewell Tart mixture – so was totally useless for her gluten free diet. She looked it up as my younger brother had eaten it at a friend’s house and raved about it. A bit of thought later, she decided that she could cheat and came up with this recipe below, and this is even easier than having to make a Bakewell mixture. We all now prefer this recipe as the filling is lighter allowing us all to eat more than the allotted two!!

1. Use at least 1 nectarine per person

2. Cut the nectarines in half and remove the stone.

3. Put them in an oven proof dish, cut side up.

4. Crush Ratafia or Amoretti biscuits into a bowl. Use 2 biscuits per nectarine.

5. Add enough Cream/Crème Fraiche to the crushed biscuits to make a thick paste.

6. Pile the paste on top of the nectarines, filling the hole where the stone was.

7. Then drizzle 2 teaspoons of Clear Honey over nectarines.

N.B. Peaches can be used instead of Nectarines. 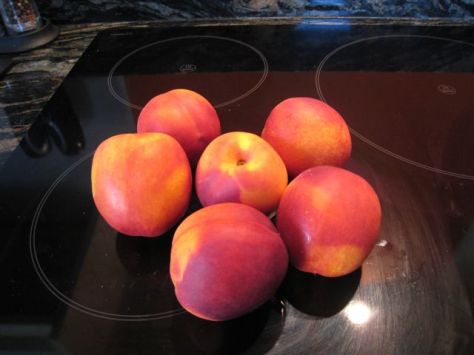 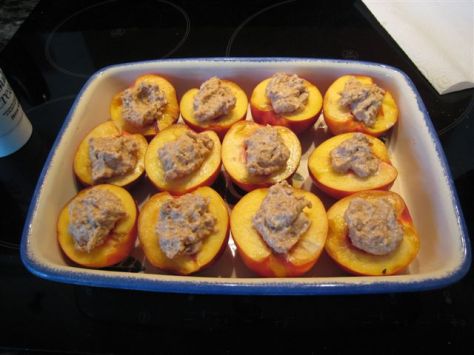