This recipe comes from my Brother in Canada who sent me this to share with everyone, after he was sent it by our mum back in 2007. I think he enjoys making this to remind him of the delicious home cooked food we were brought up with.

Apparently there is a dish called ‘Pâté chinois’ in Canada already (Chinese pie) which is a French Canadian dish similar to that of Shepherds or Cottage Pie – however it seems to have an additional layer of canned corn in the middle between the meat and potato and is usually eaten with ketchup mixed in.

500g Potatoes sliced then cooked and mashed with olive oil and or butter or spread - salt & pepper
500g Extra-lean Minced Beef or Minced Lamb
1 Small Onion – finely chopped
1 dessert spoon Cornflour - you may need more to thicken you must decide.
Stock or water and Bovril or something similar
Ground Bay Leaves, Celery Salt or something or nothing, whatever you prefer
Salt & Pepper

Some people add a half can of chopped tomatoes, red wine, and garlic, but this then becomes a Bolognese sauce.

1 Put meat in a saucepan and cook until meat is browned and the fat runs. (Drain off some of the fat if there is a lot of it).

2 Add the onion and mix in. If using other ingredients add them – then and cook until all the juice is incorporated, over a medium heat.

3 Sprinkle over the cornflour – cook for 1 minute stirring it in.

5 Put into an ovenproof dish – spread over the prepared potatoes and if you want, a sprinkle of grated cheese.

6 Cook in the oven for 20-30 minutes until potatoes have browned. 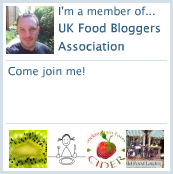